“You might as well have a cakewalk. It will accomplish the same as a peaceful protest.“

What do peaceful protests accomplish? Absolutely nothing that I can think of, especially in the case of when one is protesting to empty buildings where the political trash you’re protesting aren’t even there, usually on weekends. A genuine peaceful protest won’t get anybody’s attention, usually not even passing mention. It’s just (yawn) “another protest.” In reality, it seems to take violence and the destruction of property to wake people the fuck up and to make some minimal changes in The System. And I say that from years of experience having been in the streets as a peaceful protester. In hindsight, I can’t think of anything that our peaceful protests stopped. Whatever I and others were protesting went on as planned/scheduled. Even when millions were in the streets in the US and in European cities engaged in peaceful protests, all the wars during the illegitimate Bush regime, for example, went on as planned. Our peaceful protests didn’t stop any of them. And the corporate media will give wall-to-wall coverage to violent protests and the destruction of (corporate) property as we’ve seen in recent days, but usually won’t even give passing mention to a “peaceful” protest. See what I mean? I’m a non-violent person, but the reality is a peaceful protest does nothing meaningful to change anything for the positive. It’s just a therapeutic, feel-good moment for like-minded people. It’s purely symbolic. And the people they were protesting were probably completely unaware of the protest. Someone says, “Oh there was another protest.” Another person asks, “What did they accomplish?” Answer: “Nothing, but they got some sun and fresh air.” And with the peaceful protests, it’s the same tired slogans that we’ve heard for decades. “No Justice, No Peace,” “Ho, Ho, hey, hey, [fill in the blank] has got to go.” Geezus. The same stale chants. Come up with some new material! As a local senior citizen told me recently about peaceful protests from her experience: “You might as well have a cakewalk. It will accomplish the same thing as a ‘peaceful protest’.” And don’t get me started on state-sanctioned protests. If you’re wondering, “Where are the legendary San Francisco protests? I expected San Francisco to be leading the protests.” Well, that was a different time and a different City. We’ve had a little bit here, but nothing like it used to be. Tech has ruined The City and lobotomised, shallow and superficial Millennial techies don’t seem to care about anything other than their phones. And to the orange thug fake-Christian in the white house, if you’re going to — once again — pretend to be a Christian by standing in front of a parish of the Anglican Communion (St John’s Parish) in Lafayette Park in the District of Columbia, please know that the most used book in an Anglican Liturgy and the appropriate book to hold in your hand is The Book of Common Prayer (BCP), not the bible. But I wouldn’t expect the idiot to know that. The Liturgy — either Rite I or Rite II (whichever one the parish or Cathedral Church is using) — comes out of the BCP, not the bible. Ya Dunce. (The First and Second Lessons — as they are called in the Liturgy — are from the bible, and that’s about it). Related: Bishop criticizes Tr*mp’s church visit: ‘Everything he has said and done is to inflame violence’ And to the fake-liberals and fake-progressives — cultists of the right-wing Democratic Party; the enabling party of the far-right Republican Party — who are writing on their websites about “the pastor of St John’s parish,” Anglicans/Episcopalians don’t have “pastors.” (Southern Baptists have pastors). Anglicans have Rectors and or Vicars (as well as Bishops), also known as priests. Did you not read the parish’s sign behind the orange thug that referred to the priest at St John’s Parish as Rector?

San Francisco’s Dolores Park: Isn’t it mostly the self-absorbed and self-entitled, elitist, snotty, ageist, permanent-frowny faced, lobotomised Millennial techie trash — who have ruined this City since their arrival — who consistently hang out in this park and who refuse to social distance and refuse to wear a face mask? I don’t see any face masks in that park. But they remembered their phones! They never forget their phones. That’s all that matters to these pathetic, irresponsible people. But this virus is turning out to be a life-long disabling disease. And these idiots can’t even social distance or wear a face mask. Just like their messiah Elon M*sk — who opened up his factory in the South Bay violating state and county health orders — presumably their thinking is that they are above it all, or they consider COVID-19 a “hoax” and it does not apply to them. Any wonder why our infection rate in San Francisco continues to rise? Dolores Park. Stupid is in. That’s it.

And the image below, from May 30, 2020, after San Francisco Mayor London Breed requested that all San Francisco residents wear a face mask when leaving their homes. Not a face mask in sight — if one is infected, one could be infecting others — and they are not using the social distancing chalked circles that The City marked on the grass. Do all of these people we see in groups live in the same household? Or are they violating that restriction as well by getting together with people outside their household? Selfish stupid people.

Stupid is in. Why is it that the BBC never can get it correct? They’ve been doing this how long? And still haven’t gotten a clue for what makes the best performance in a musical sense. Read article here.

The Conductor was born in Colombia? And that’s important, is it? Read article here.

An Orchestra of one. To some people, there’s only one musician on stage. Read article here.

The piano fell off the stage? It was for a performance of one of the Brahms’s Piano Concerti in Deutschland. Read article here.

The COVID-19 Bookshelves. The Conservatory students I emailed have noticed them. Read article here.

The Greatest Pianist. How on Earth would one determine that? Read article here.

We’re down to The Big Three.
The fad pieces now being performed by “everyone” in lockstep. Such creative programming [sarcasm intended]! You can probably guess the first one. Read article here.

Sexist pigs slobbering over females, and the sexist women who enjoy being slobbered over.
The Sexist Women of The Male Patriarchy. These women say, “He’s just being a gentleman.” Ugh. No, he’s just being a sexist pig. Real “gentlemen” — a word I never use — are not sexists. Read article here.

Military fly-overs to pay tribute to medical employees? WTF?
Stupid is in. Why is it that the BBC never can get it correct?
Is the AGO (“American Guild of Organists”) a religious organisation?
What’s more difficult: Tech training or Music Training?
The piano fell off the stage?
The COVID-19 Bookshelves
COVID-19 shuts down Orchestras and Choruses (and concert artists)
The Greatest Pianist
We’re down to The Big Three
Sexist pigs slobbering over females, and the sexist women who enjoy being slobbered over
Brahms’s Ein deutsches Requiem performed by the hr-Sinfonieorchester and the MDR-Rundfunkchor with David Zinman conducting
Beethoven’s Missa Solemnis in D performed by Cappella Amsterdam and the Orchestra of the Eighteenth Century, conducted by Daniel Reuss
The Prison of Wife and Child (“It’s for the baby”)
The tremendous talent and artistry of Lyle Mays
This is not A Clockwork Orange
Rachmaninov – Piano Concerto No. 4 in g minor, Op. 40 – Pianist Yuri Favorin
Piazzolla, Guitarra, Bandoneón y Orquesta de Cuerdas-Alondra de la Parra & Orchestre de París
Is it a graduation picture, Kim Jong Un’s military or a “memorised” Chorus?
Heavy vibrato operatic soloists compete to out scream each other
Iran: Tehran Symphony Orchestra and Chorus perform Orff and Rachmaninov
She comes out half-naked.  What if a guy did the same?
The All-Steinway Schools
Is Opera even music?
Händel: Dixit Dominus ∙ hr-Sinfonieorchester ∙ Chœur du Concert D’Astrée ∙ Emmanuelle Haïm
How quickly things become tradition
Male Musicians: A female is not a rubbish bin for your flowers
Can we stop the ridiculous routine of bows at the end of classical music performances?
Artur Rubinstein did not play with “class.”
Jazz in the Conservatory with KCSM-Jazz 91
Ibert: Flötenkonzert ∙ hr-Sinfonieorchester ∙ Clara Andrada de la Calle ∙ Jaime Martín
Is it Chorus or chorus?
Bernstein: 3. Sinfonie (Kaddisch) ∙ hr-Sinfonieorchester ∙ Tschechischer Philharmonischer Chor Brno, Limburger Domsingknaben 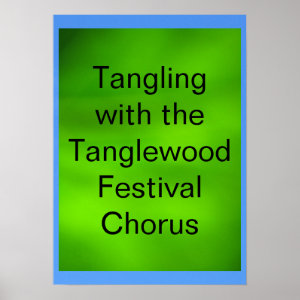 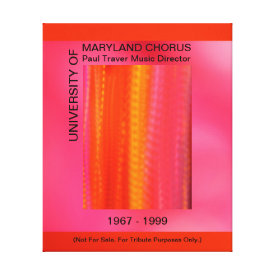 8PM is about thanking the health care workers
What do peaceful protests accomplish?
Why Twitter doesn’t suspend his azz
Representatives and Senators in the US Congress should have law degrees
Would they tell us that he has coronavirus?
Why has npr abandoned National Public Radio?
Do you walk your phone or your (lonely) dog?
Is the District of Columbia in the US ? (Stupid people want to know).

The Conservatory’s Art Department is having an art exhibit over the next few months. I especially like these items featuring Amapolas de California (California Poppies), from a local San Francisco artist: 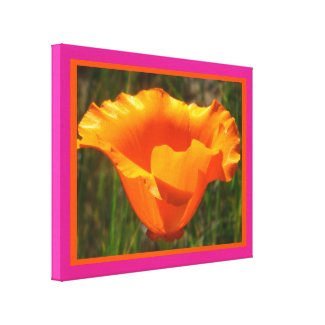 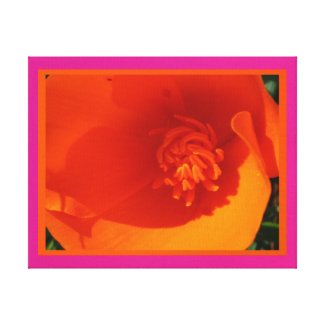